Top 11 picturesque villages of the world

These villages are different from each other but share the very common things of pure and cosy air and low population. 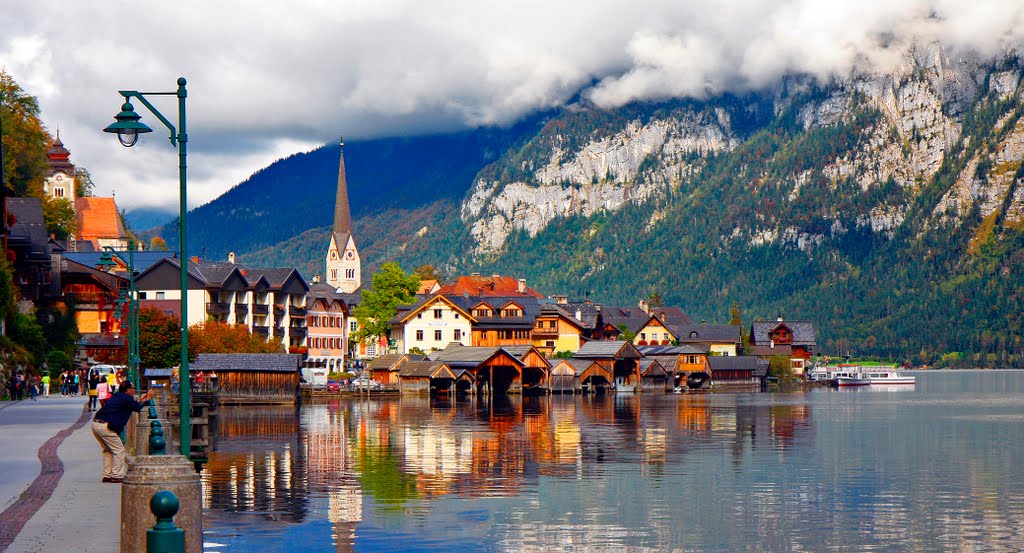 Hallstatt is a small village in the district of Gmunden, in the Austrian state of Upper Austria. Nice yellow lighten houses on the hill surrounding a blue water lake, where you will see swans are swimming. Number of population of Hallstatt is not over 1,000. They settled down in a narrow land among superb Alp mounts. 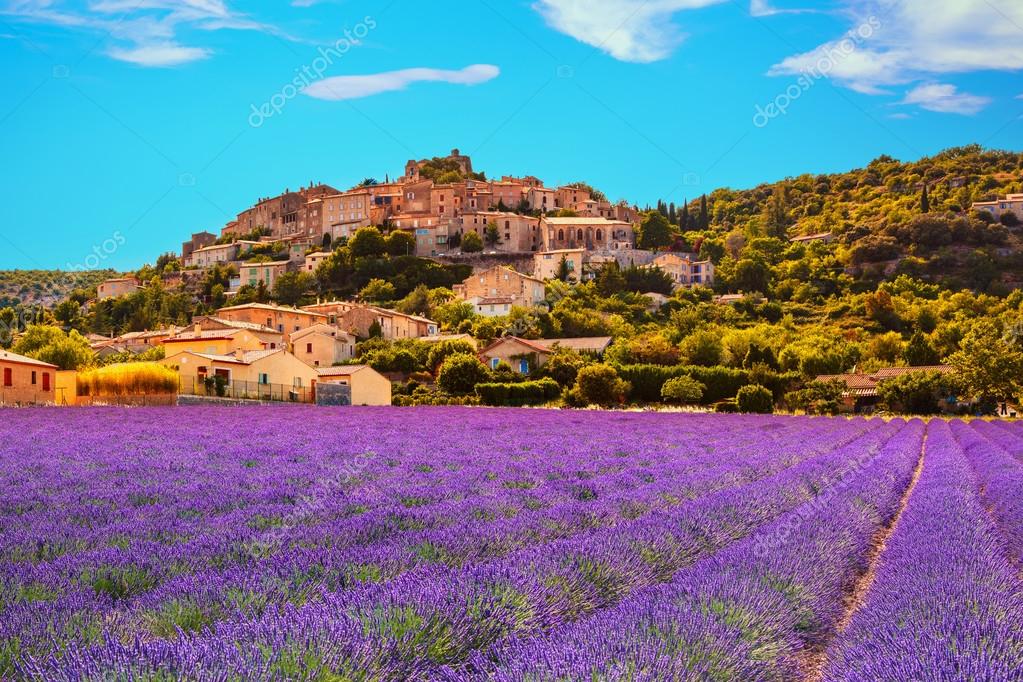 Surrounded by olive groves and lavender fields, Simiane-la-Rotonde is a typical Provençal hilltop village located between the Luberon Mountains and Pays de Forcalquier area. Dominated by the rotunda of the medieval castle, the very charming old village is a very pleasant place to stroll around with its narrow, flower-filled cobbled streets lined with pretty houses, art studios and craft workshops, and picturesque 16th-century covered market, which offers a beautiful view over the surrounding countryside. Everything of relaxation you are waiting for is here. Blue sky, sweet lavenders, marvellous Alps, Mediterranean cuisine, holidays and classical music are irresistible things of Provence. One of the main spot here is Chateau des Agoult – the beautiful castle built in 12th century.

Marsaxlokk is a traditional fishing village in the South Eastern Region of Malta. is no storm here so that yellow marble houses could be built right near the port. There are only 3,000 locals who are historically fishermen here. The village is known for the Marsaxlokk Market, a large market which takes place around the whole village on Sundays and tourist market all days during the week. 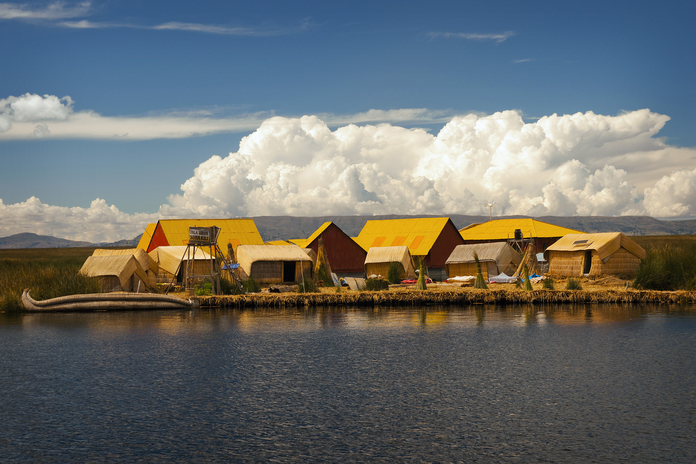 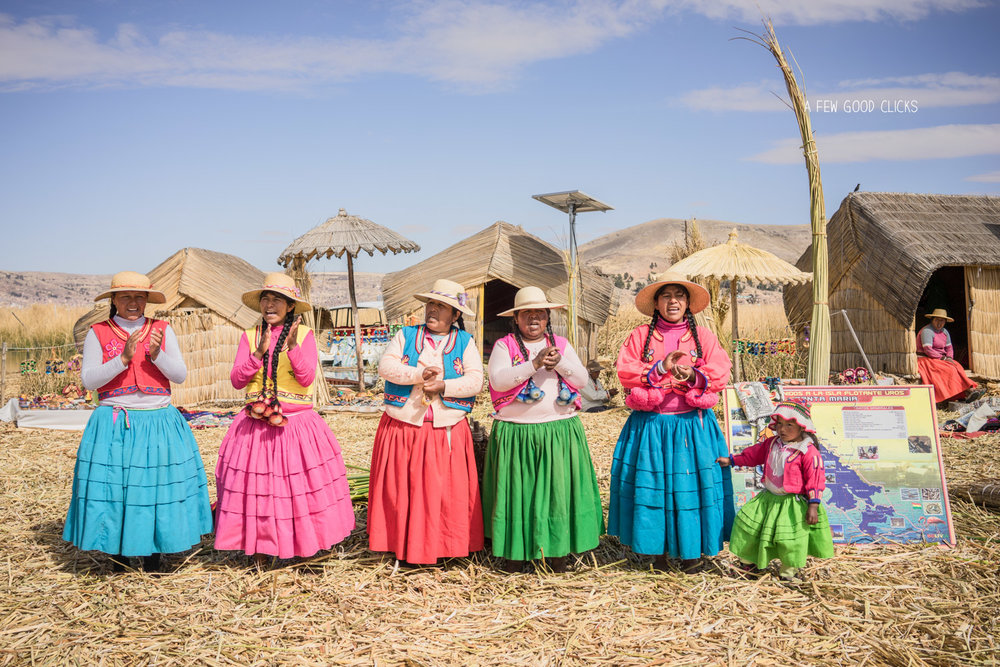 The islets are made of totora reeds, which grow in the lake. The dense roots that the plants develop and interweave form a natural layer called Khili (about one to two meters thick) that support the islands. They are anchored with ropes attached to sticks driven into the bottom of the lake. The reeds at the bottoms of the islands rot away fairly quickly, so new reeds are added to the top constantly, about every three months; this is what makes it exciting for tourists when walking on the island.

The tribe Uru located on this float island is not too out-of-dated. The Uru do not reject modern technology: some boats have motors, some houses have solar panels to run appliances such as televisions, and the main island is home to an Uru-run FM radio station, which plays music for several hours a day. 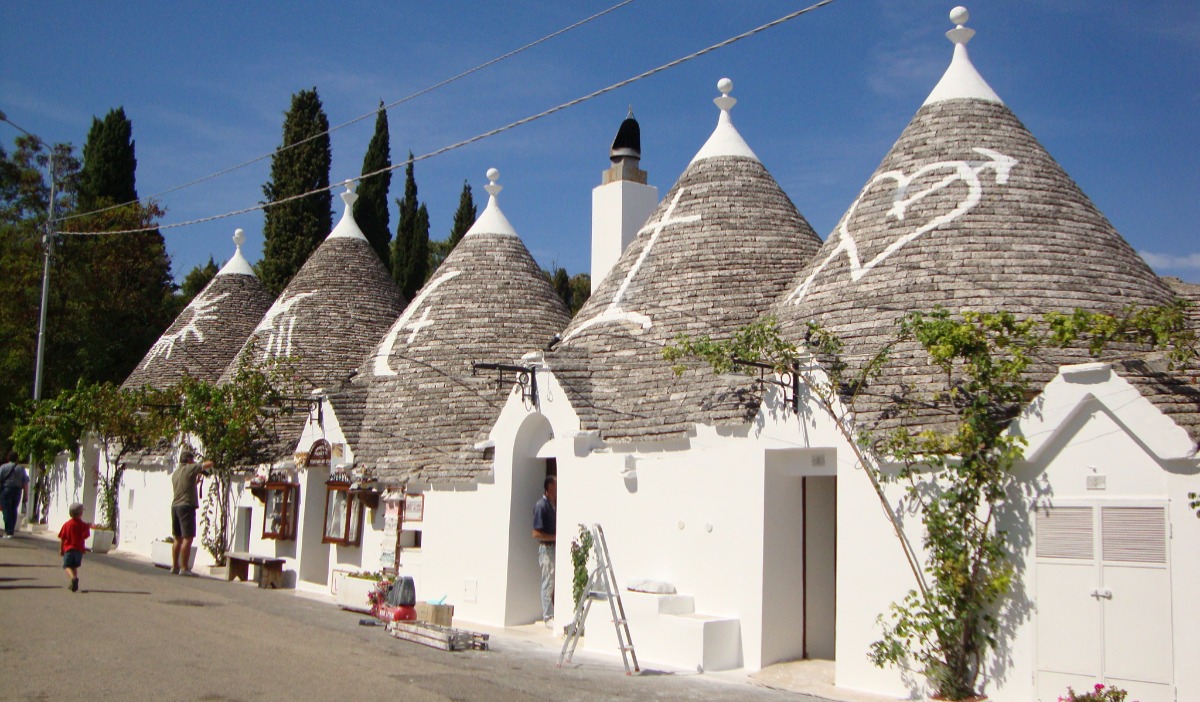 It is famous for its unique “trullo” buildings. A trullo is a small dwelling built from the local limestone, with dry-stone walls and a characteristic conical roof. It is a traditional and simple type of structure which you'll see dotted around this part of Puglia, sometimes in its most basic form used as a kind of shed among the olive groves. The roof is actually a dome, as you can see when you enter one of the buildings, but is almost invariably built up on top into a cone shape, topped with a spire. Roofs are often decorated with fanciful painted symbols supposed to have religious or superstitious significance that attracts lots of visitors’ curiosity. 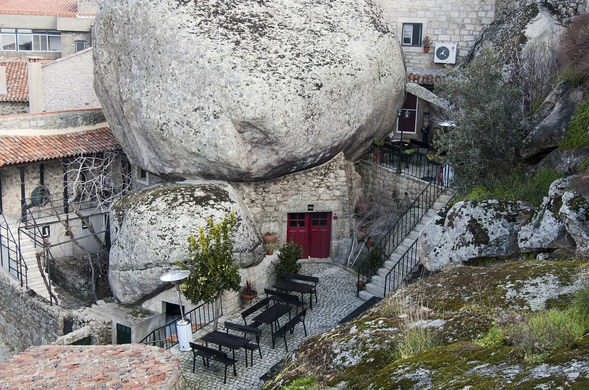 The village has hardly changed in hundreds of years, and enjoys distinction in Portugal as a living museum. It has retained its classic village charm, with tiny streets, a steep grade past red-roofed cottages, tucked against mossy boulders. Some of the boulders are actually fitted with doors, leading to structures carved right into the rocky landscape. It is actually a unique twist on classic Portuguese architecture. 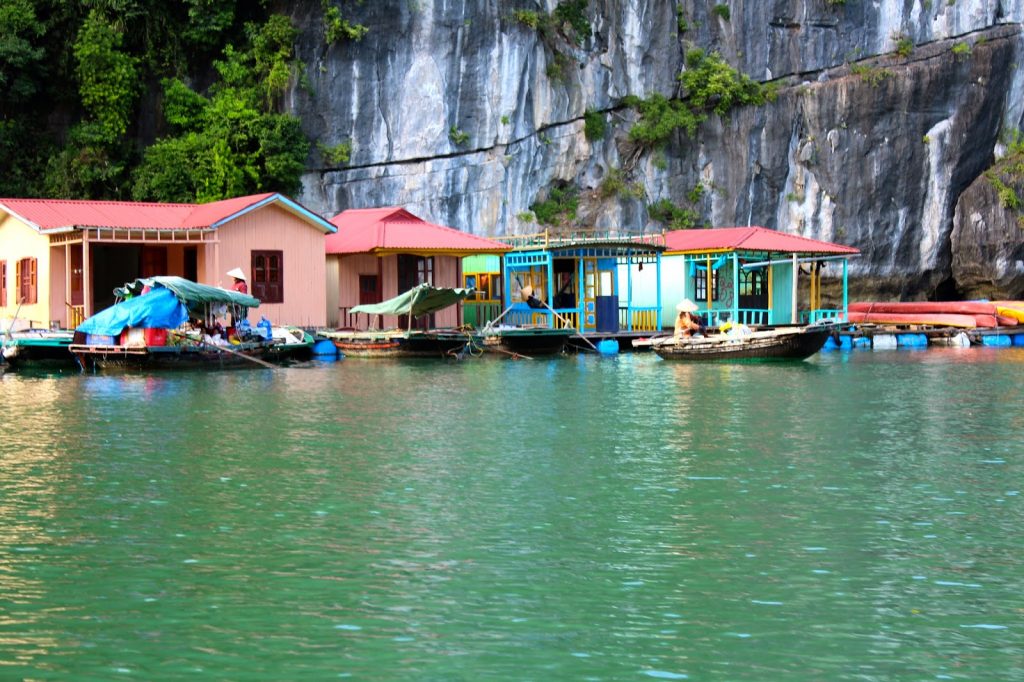 It is located in Halong – the wonders of the world honoured by UNESCO twice. This floating village is one of the largest fishing villages in the world. You have to row to approach it. 700 locals here live in floating houses. Even you can find a school there. Country girls will be your tour guide that directly shows visitors how to row and catch shrimps. Night is the best time for visiting around the village as well as fishing squids. Wonderful to explore in the morning! 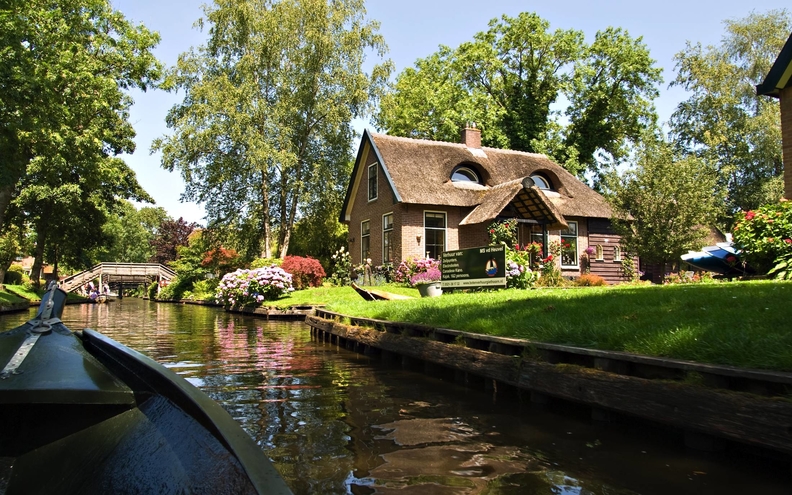 Dutch people are very proud of their adorable little town, which they kindly call “the Dutch Venice”. Giethoorn is a car-free village perfect to have some good time in the countryside. This romantic Dutch village is only accessible by boat or bike. It is one hundred years old. It is the most colourful and fresh village in the Netherlands because the houses and their gardens look tidily organized. The houses in Giethoorn look like they are straight out of a mythical book. This is surely a perfect escape from the hustle and bustle of Amsterdam. Just relax and enjoy the town! 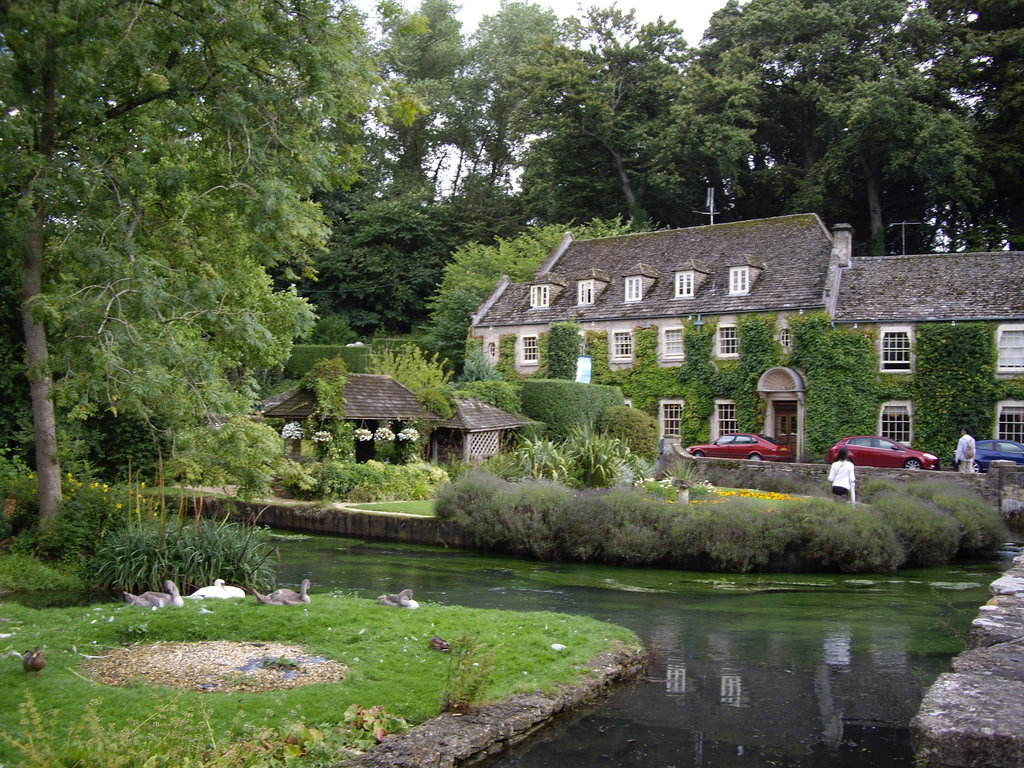 If you are seeking very strange beauties, this village may satisfy you at most. It was built 1,000 years ago, known for its honey-coloured seventeenth century stone cottages with steeply pitched roofs. The movie “Bridget Jones's Diary” was filmed here. It is a destination for tourists visiting the traditional rural villages, tea houses and many historic buildings of the Cotswold District; it is one of six places in the country featured in Mini-Europe, Brussels. 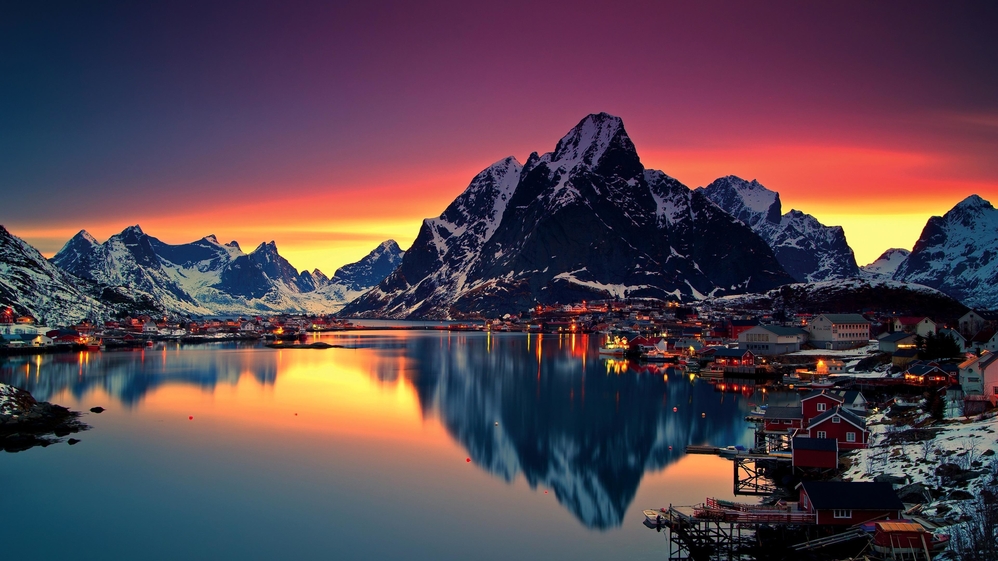 This breathtaking village amazes visitors by its surrealist scenes and cosy houses with around 350 locals. You can stay in Rorbuer, historic fishing cabins renovated for tourists. Reine Fofoten annually attracts thousands of guests from all over the world to come and admire this natural beauty. With red and white fishermen’s huts dotting the shoreline and surrounding peaks of granite shooting out of the Reinefjorden, the village has earned a reputation as the most beautiful place in the world. Here you can hike to see an epic panorama of Reinefjorden and the Lofoten Wall, enjoy northern lights, do kayaking and visit the Village of Å. 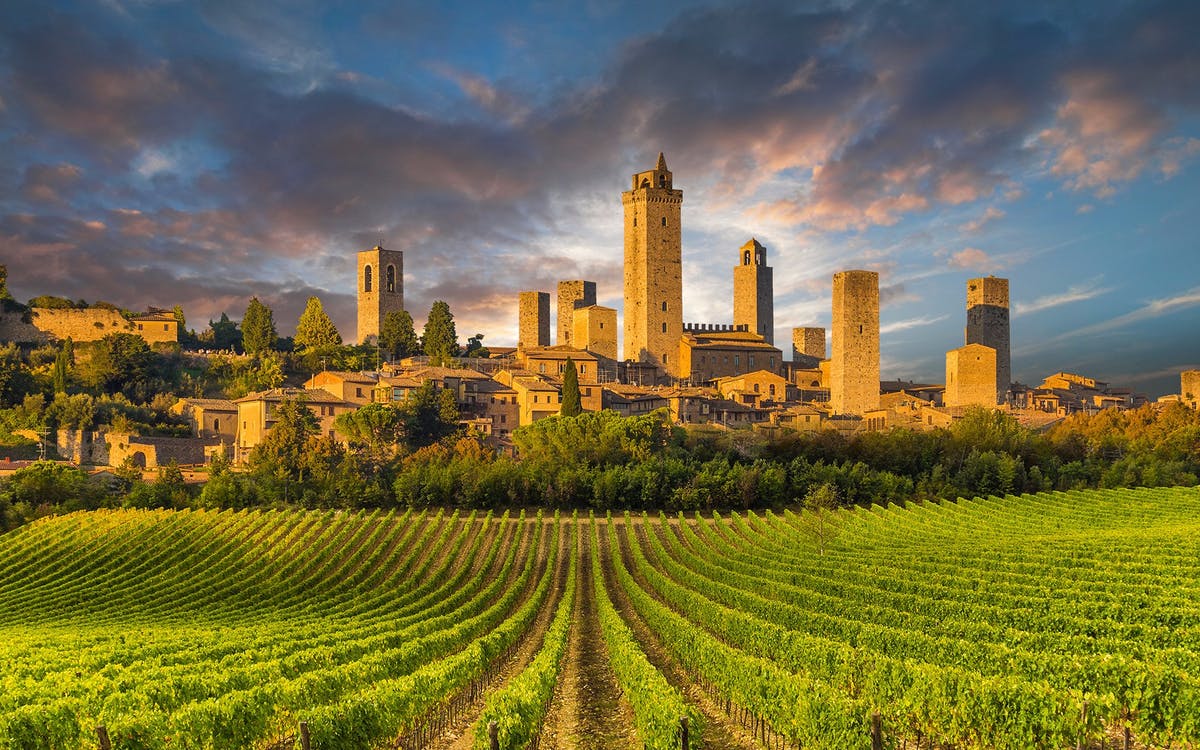 This village was built in 3rd century A.D by Etruscan people. It was a very tiny neighbourhood for the first time but then became a prosperous town in 10th century B.C. The outstanding point here is houses with tower-shaped roofs; even you can recognize those from far distance. Unfortunately, there are only 14 houses left today. It is also famous for white wine Vernaccia di San Gimignano.