Pho is a dish that is served mostly at breakfast time and remains a staple of the new day of the Vietnamese population. Pho is like cereal, Pop Tarts, oatmeal and scrambled egg in the western countries. It’s traditional way how Hanoi's people usually start a new day. In the crowded cities, Pho is typically taken at little street food stalls, where Vietnamese park their motorbikes before enjoying it. There are now several Pho restaurants and some of them serving in relatively fancy environments (with air conditioning and pro waiters). I would like to share with you a little bit local knowledge about Pho. 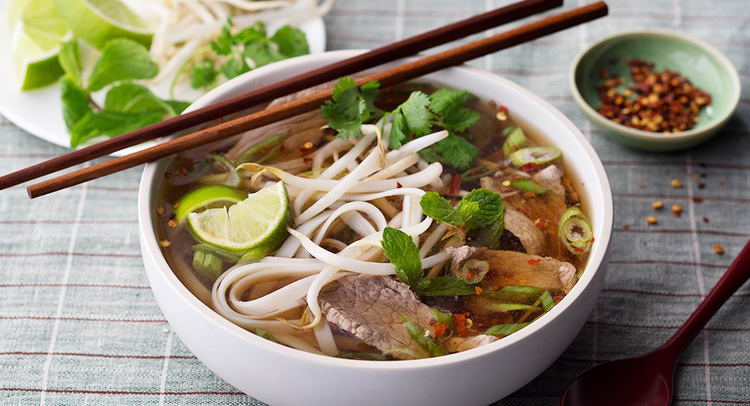 The rice noodle (Pho)
The term Pho refers to the rice noodles, not the soup. You can also many different kinds of rice noodle soup found all over Vietnam. But pho is made with refined white rice flour noodles that are made daily and sold in various markets. To me, the most interesting part about eating pho in the motherland was the quality of the pristine rice noodles. They were always tender, tasty with a nice body. They were like nothing I had ever had before.

Pho and its broth
But everybody in Vietnam judges the pho by its broth. The herb and vegetable for garnishing, which I will mention later, they are available everywhere and always fresh. The broth is the most important ingredient for preparing a bowl of delicious noodles. But a Pho stall with a shitty broth reputation will attract a lot of customers a day. A good pho broth needs to be crystal clear. For pho bo (beef noodle soup), there’s the underlying secret brought on by the long simmering of pig bones, oxtail and thigh bone. For Pho Ga (chicken), the whole bird is used. The second most crucial of the broth is spice and aromatics. In pho, cinnamon and star anise are necessary, with assists from cloves and cardamom. One of the chefs I was travelling with pointed out the dill, but that was more subtle. Roasted or charred onions and ginger are essential vegetable ingredients. It’s simply the standard of the broth. In the broth typically has a minimal amount of meat (and sometimes tendon and meat or fish balls). Those are cooked separately, placed in a bamboo basket and thrust into a big pot of boiling water for a few seconds before putting them into the soup.

The Garnishes for Pho and its importance.
It’s often a various salad of herbs and vegetables that serve to the table either piled on a separate plate or putting at top the broth, rice noodles and thin cuts of meat. Understanding how important of these garnishes is essential to understanding pho. But, first of all, take a sip of the broth before messing with other greenery. In Hanoi, where I live and enjoy pho at places like Pho Ly Quoc Su, Pho Bat Su and Pho Thin, I’ve witnessed people time after time go straight for the herbs without paying any notice to the broth. Sip the broth of the soup and savour the complexity. Enjoy the time that has gone into this refined liquid.

The fresh herbs and vegetables for eating with Pho.
Now it’s time to find out about the fresh herbs and vegetables for eating with Pho. Vietnam has a tropical climate, so all sorts of produce grow basically year-round. At any Pho stall in Vietnam, you will likely find plates of Thai basil (sharp and bite) and bean sprouts (fresh and crunchy). Those two are a given. You may also find Thai chilli peppers (red with the heat to match), green onions, coriander (also called cilantro, and culantro (not cilantro but the herb is flat) that is best described as having more bite and pepper than cilantro). For pho, herbs are best cut and sprinkled atop the broth, as opposed to the entire leaf being soaked. The play between the fresh bitter greens and the sweet-and-sour broth is magic, with rice noodles playing their key role. 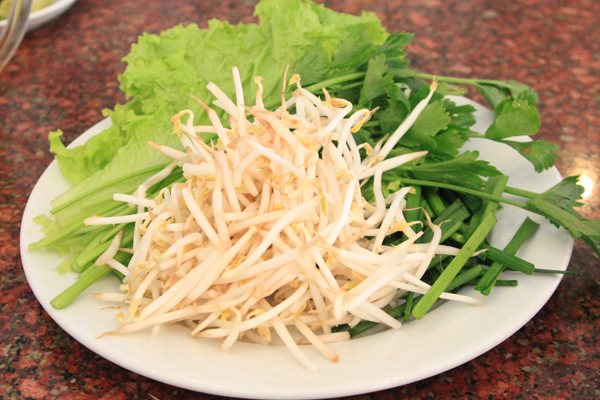 Lastly, the spices for Pho.
In other countries, it’s common to find many sauces at the table (we are the people who love ketchup and Horsey sauce) Hoisin, Sriracha and fish sauce will all be there for a squeeze or a splatter. In Vietnam, the sauces are less noticeable. Please hear me out. Oppose the urge to sauce your pho. As mentioned, when the broth is so good, that’s something to be savoured. So to blast it with these sweet and spicy flavours, before giving it a chance, is sort of criminal. My spice policy with pho is similar to my spice policy with hamburgers. The best don’t need it, it’s bun, beef, cheese. That’s all. The same case should be with pho. And about the lime juice. Squeeze a little bit of it in if wanted. 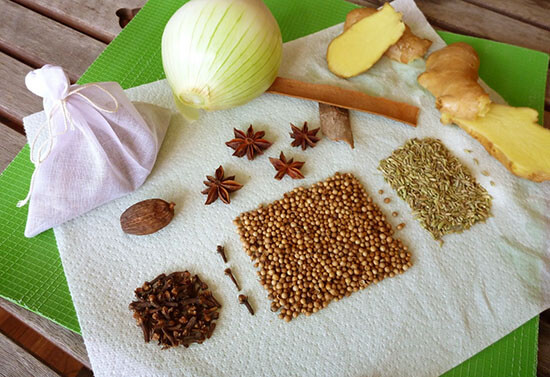 How to eat pho.
I’m right-handed person, so I’ll show you through my process. The bowl of Pho arrives. Bamboo chopsticks in right hand, metal soup spoon in left hand. Sip the broth of it first (I think you should do that because it’s important) while you get the noodles with your bamboo chopsticks.

It’s OK, but I preferred, that you stick your mount into the bowl while slurping. You get a hit of that fragrant flavour of Pho while avoiding a messy splatter. Once the noodles are finished (they usually go first), raise the bowl to your lips with both hands and drink it off. This way is not polite. But This is how you finish a bowl of pho — like a child would finish a bowl of milk. Both are great in the morning.