Phở or pho (pronounced variously as /fɜːr/ or /foʊ/ ) is a Vietnamese noodle soup consisting of broth, rice noodles called bánh phở, a few herbs, and meat, primarily made with either beef or chicken. Pho is a popular street food in Vietnam and the specialty of a number of restaurant chains around the world. Tourists coming from other regions usually want to try "pho cuon" since it is a famous dish of Ha Noi Capital. 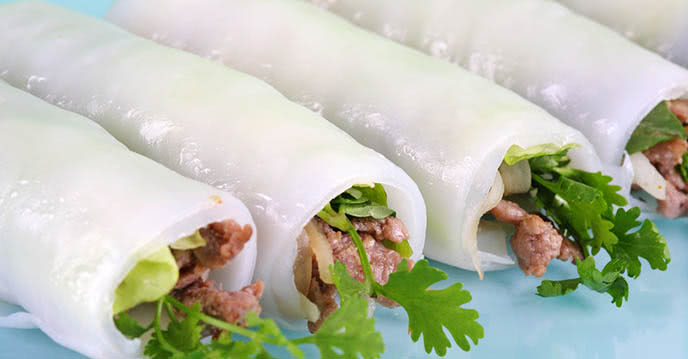 Actually, Pho originated in the early 20th century in northern Vietnam, and was popularized throughout the rest of the world by refugees after the Vietnam War. At the intersection of Ngu Xa Streets and Nguyen Khac Hieu Street in Ha Noi, there used to be a rather famous "pho" store. 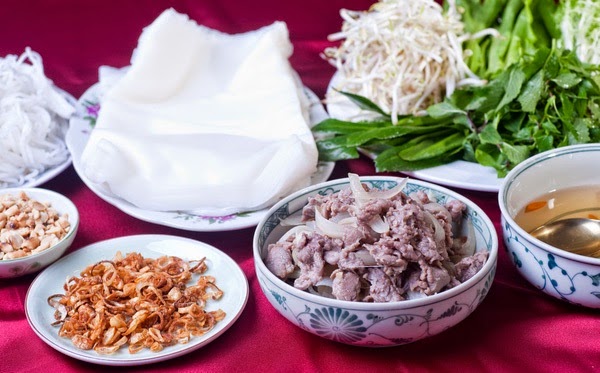 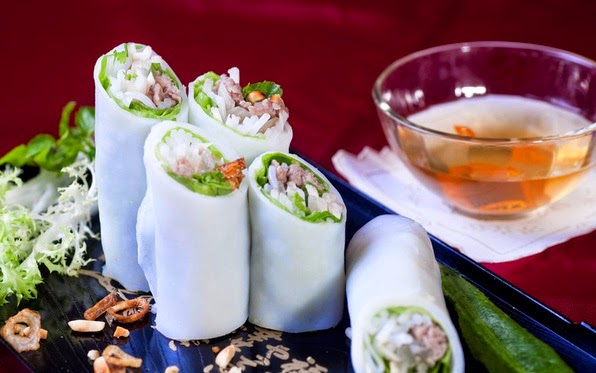 Eating "pho cuon" on the pavement brings a special taste. The method making "pho" rolled with beef meat is quite simple. The rice pastry is sliced into square pieces with the dimension of 12cm x 20cm. The seller needs to order this kind of rice pastry from the supplier who will deliver a large pastry similar to a roll of cloth, and then cuts it into square bits. When rolling, the buyer often has a person help split the pastry. Beef meat is sliced and mixed with spices. In addition, onion and garlic are fried cursorily on a pan. The cook needs to fry beef quickly so that the beef is shrunk and delicious. Then salt, fish sauce and other seasoning are added until it is tasty enough. Beef when arranged on dishes is hot and attractive. The person rolling rice pastry will put some pieces of meat and kinds of vegetable like fennel, coriandrum sativum and salad on, and then start to roll it. The sauce is made up similar to the way making sauce for the dishes "meat roll" and "banh goi". This kind of food is suitable for all the time and it is very tasty. And due to its delicious flavour, people rarely come and eat less than 5 pieces.