Củ Chi tunnels one of Vietnam's most popular tourist attractions

After the end of the war against French invaders, Cu Chi Tunnels were also utilised and expanded during the American War by incorporating effective air filtration systems, which helped Vietnamese soldiers survive the Cu Chi carpet-bombing by the Americans. As they were built so deep underground, military tanks could pass overhead without causing any damage to the tunnels.

The claustrophobic tunnel system -- dug by hand -- at one time measured more than 120 miles, stretching from the Cambodian border to the outskirts of what was then Saigon. A virtual city, the web of tunnels was home to local villagers seeking shelter from bomb raids, plus thousands of Viet Cong, the North Vietnamese Army-backed guerrillas who battled South Vietnamese and U.S. forces. Here, right under the boots of American GIs, is where the Viet Cong ate, slept, hid and launched deadly surprise attacks.

It's also where a select group of American soldiers -- a k a tunnel rats -- engaged in what has to be the world's scariest game of hide and seek. These tunnel rats inched their way through the cramped, dark passageways, trying to find the enemy before the enemy found them. Something to think about this Memorial Day.

For obvious reasons, not a lot of soldiers wanted to set foot in these booby-trap-filled hell holes. But these days, the Cu Chi tunnels are one of Vietnam's most popular tourist attractions. About 1,000 visitors flock daily to the site, located about 45 miles from downtown Ho Chi Minh City (formerly Saigon). 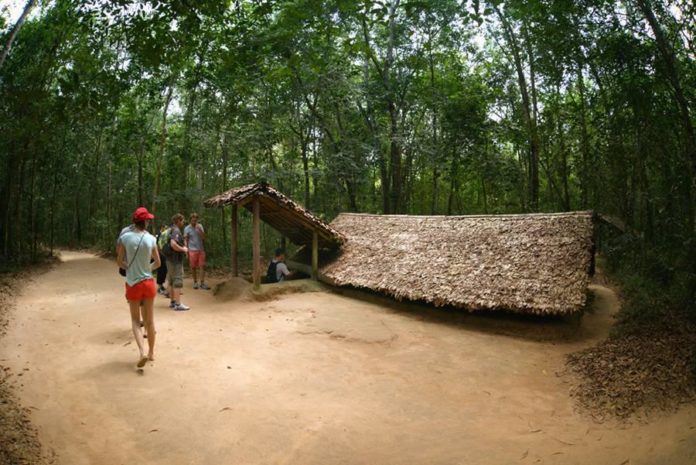 Today, it is one of Ho Chi Minh’s most iconic attractions where visitors can enjoy activities such as following the claustrophobia-inducing routes of the underground army, firing an M16 assault rifle, as well sampling meals that the underground soldiers had to live with years ago. The tunnels have been coated with cement and widened so it is not quite the harrowing experience it would have been all those years ago, plus there are emergency exit points every ten metres for safety. Still, during the 100 metres of tunnel you get a sense of what it would have been like during the war. 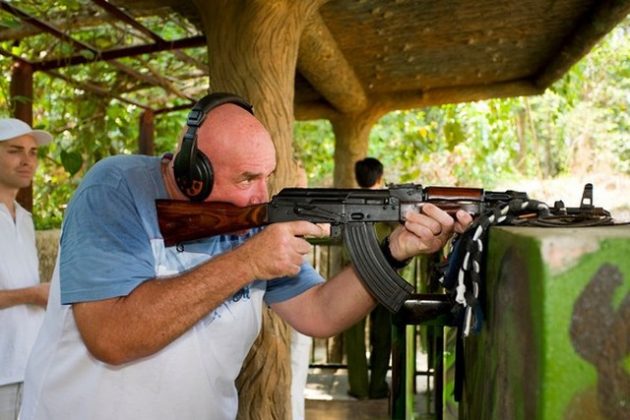 Prior to entering the underground tunnels, visitors are presented with a short film of the Cu Chi Tunnels so that they have an understanding of how the tunnel system actually works. There is also a shooting range on site. Those who want to fire an M16 rifle are required to pay VND 35,000 per bullet with a minimum of 10 bullets. If you go CU CHI TUNNELS contact with us, and The Cu Chi Tunnels are a 40-minute drive from Ho Chi Minh City. Do note that the crawl through the underground tunnels may not be suitable for visitors with respiratory difficulties.